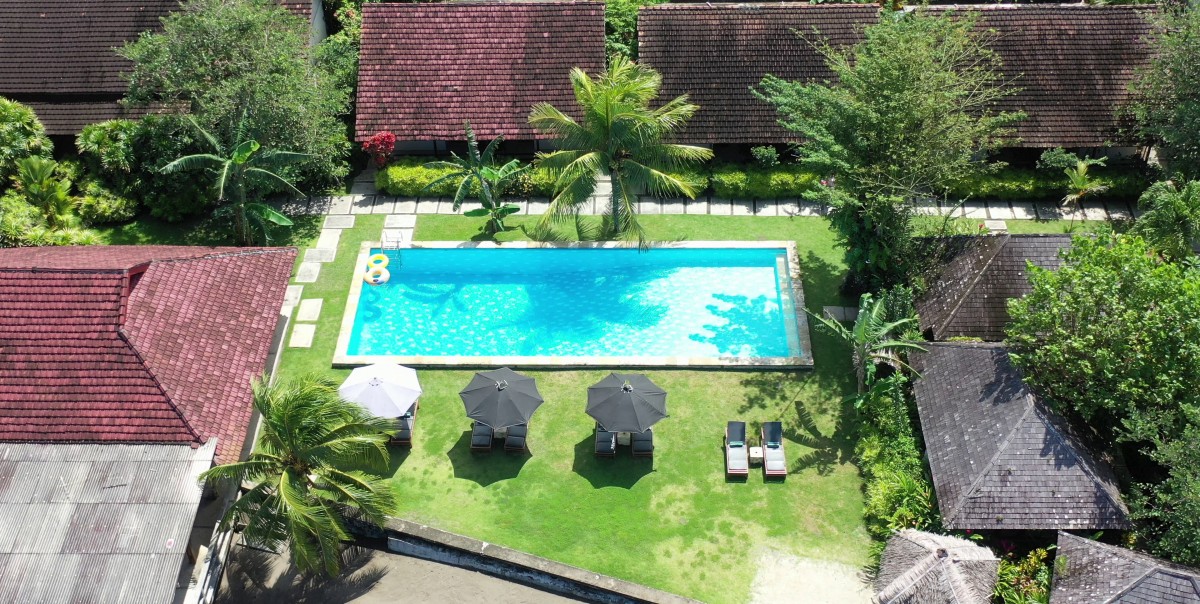 In June 2006, the owners and management of Odyssea Divers (which was then operating out of another resort in Wori Bay) decided that our guests could be better served if we operated out of our own resort.. The concept of Cocotinos, a boutique dive resort, was mooted and design work began immediately. At the same time, land on the beach front in the fishing village of Kima Bajo was acquired and the villagers on the beach were resettled within the village in new brick houses built by us. Many of the villagers were living in wooden and bamboo huts on the beach which were subjected to severe weather conditions every year.

A total of 12 families were relocated and a beach front of 132-meters became available for construction which started on the 17th of March 2007. After a brief and intense construction period of 6 months, Cocotinos was opened to welcome guests on the 10th of Oct 2007 with 10 rooms completed and operational. The fitting-out work continued and the resort was finally completed in March of 2008.

An additional 4 Water’s Edge Rooms were subsequently built on the beach-front land adjacent to the original plot and in April 2010, these 4 rooms became operational, bringing the total number of room keys to 22.

At Cocotinos we aim to make your stay with us a truly memorable experience. Cocotinos Manado is our first property and…

The Cocotinos name was chosen for two reasons. Firstly, “Coco” refers to the abundance of coconut trees in North Sulawesi.…

Luxurious accommodation in the Southwest coast of Lombok – villas, rooms, restaurant, spa and professional dive services. Cocotinos Sekotong is a…